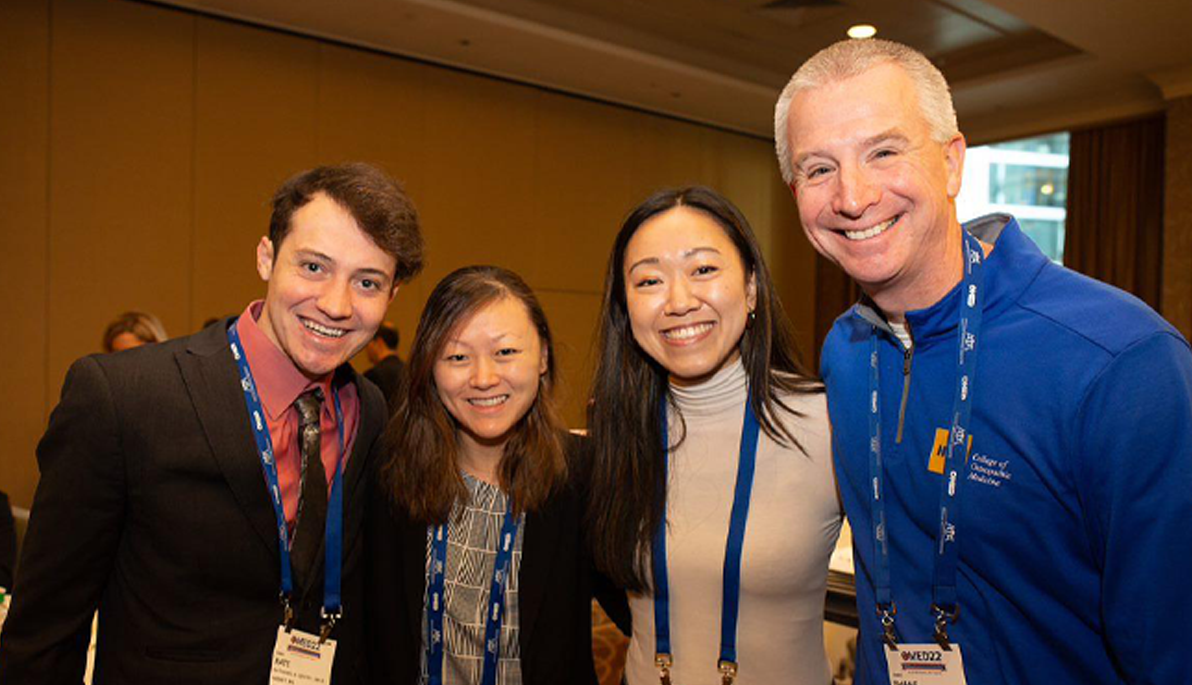 Students, faculty, and alumni from the College of Osteopathic Medicine (NYITCOM) were among the more than 6,000 physicians, medical students, and members of the osteopathic medical community who attended this year’s national Osteopathic Medical Education Conference (OMED).

NYITCOM left its mark at this year’s conference, which was held October 27 through 30 in Boston, Mass. In addition to sharing impactful academic research, members of the NYITCOM community were recognized for their inspiring commitment to advancing diversity, equity, and inclusion (DEI).

The AOA presented this year’s Organizational DEI Unification Award to NYITCOM’s DEI Committee, which focuses on developing DEI ambassadors to promote education, encourage diversity in hiring practices, and foster outreach to prospective physicians in underserved communities. Lillian Niwagaba, Ph.D., director of the Center for Global Health, and Sloane Kelley, director of the library at NYITCOM-Arkansas, accepted the award on behalf of the committee. 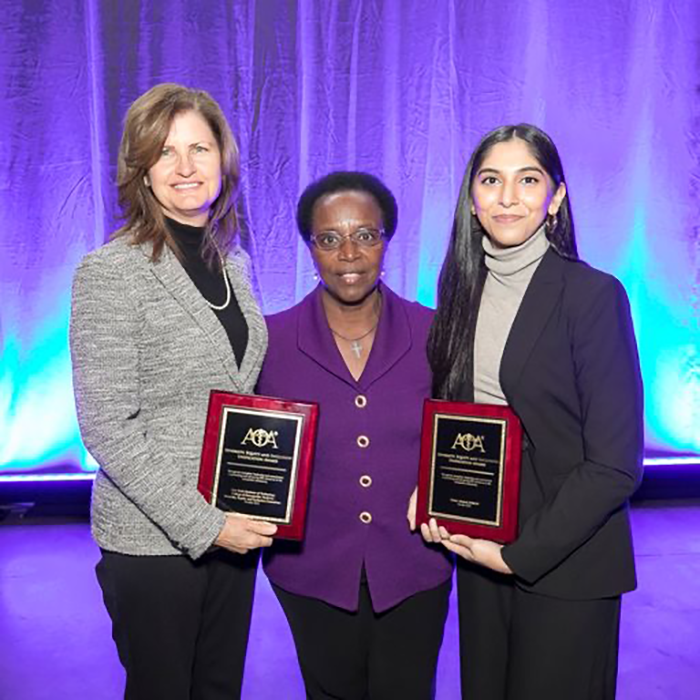 As fourth-year medical student Scott Landman explained, each year OMED provides a vital resource for students to advocate for the future of medical education and learn from leading physicians.

“Students interested in advancing their medical careers, advocating for patients, and networking with physicians and residents have the opportunity to do so,” said Landman, who serves as the national treasurer for the Student Osteopathic Medical Association (SOMA), the student affiliate organization of the American Osteopathic Association. SOMA oversees the student educational track at the conference.

This year, more than 1,600 D.O. students across the nation registered for the hybrid-participation conference, with more than 1,000 participating in person. As Landman, who also sits on the OMED Steering Committee for National SOMA, notes, there is a good reason for that.

“Mentorship is particularly significant, with the ability to meet your next physician or resident mentor. Developing these professional and interpersonal skills comes from the interactions at these conferences,” he said.

The conference is also where SOMA holds meetings for its voting delegates, with student ambassadors represented from D.O. schools across the country.

“At the first meeting, members presented, debated upon, and voted on member-written resolutions to combat issues in the U.S. healthcare system or medical education. NYITCOM students co-authored four resolutions, and two were passed as policy,” said Landman. “At the second meeting, Nathaniel Gentry, from NYITCOM-Arkansas, was elected to Region IV trustee and the Board of Trustees for National SOMA. In addition, NYITCOM-Long Island won a charity miles award for running the most miles in Region I, which consisted of eight osteopathic medical schools in the northeast.”

This year, NYITCOM students, faculty, and alumni shared ample research across a wide array of subjects. Among many other topics, studies examined the medical treatment of transgender patients, osteopathic manipulative treatment for migraines, and the impact of age, race, religion, and gender.

Student Research (in order of presentation):

Research by NYITCOM administrators and faculty:

Medical school is a pivotal time in a physician’s career, but with exams, rigorous coursework, and other demands, it can also be one of the most stressful. Given this high-pressure environment, future physicians require strong support systems at home and in the field. That pressure can be especially challenging for those balancing medical school and marriage. 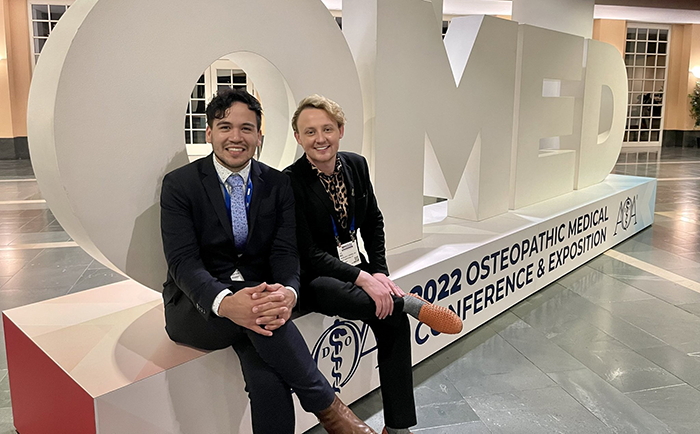