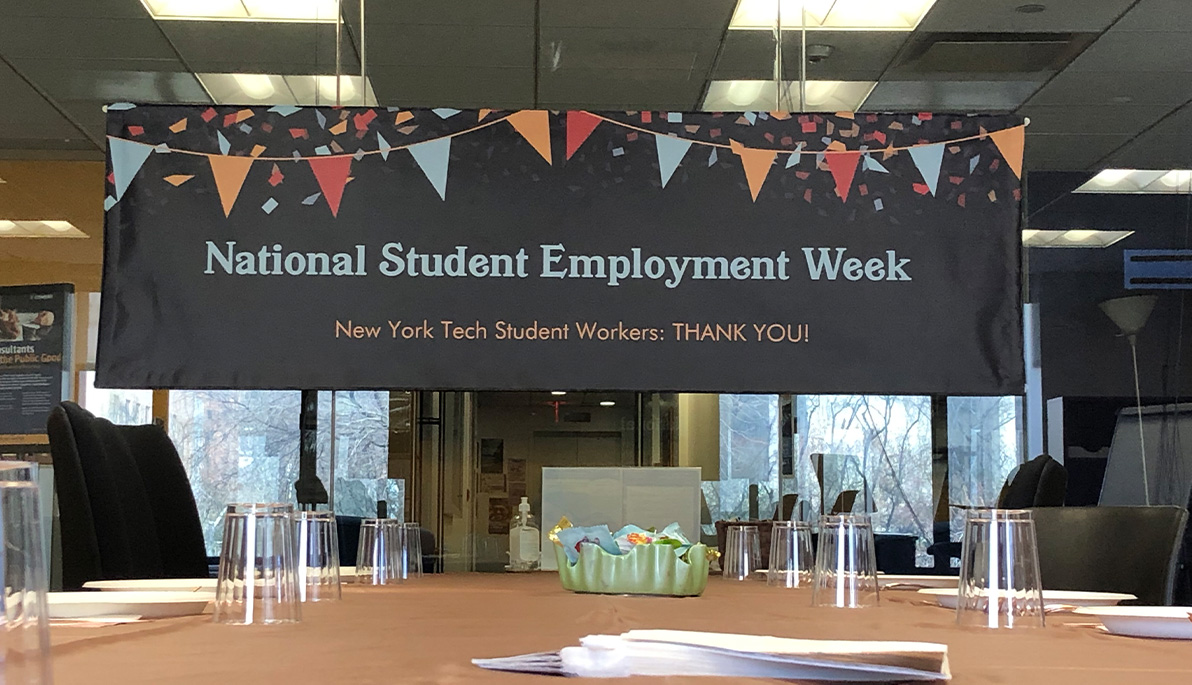 The theme of this year’s celebration at New York Tech was Royalty, as we crowned the vital cornerstones of our community for their excellence and regal performance throughout the year. Throughout the week, the Office of Student Employment facilitated a series of events. 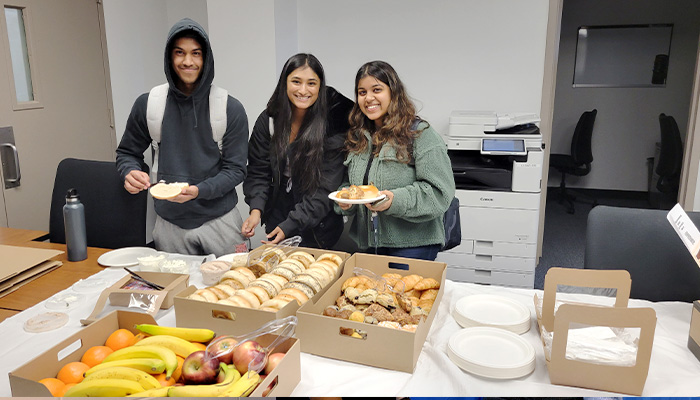 Students at the Grab & Go Breakfast Banquet on the New York City campus.

Student Employee of the Year 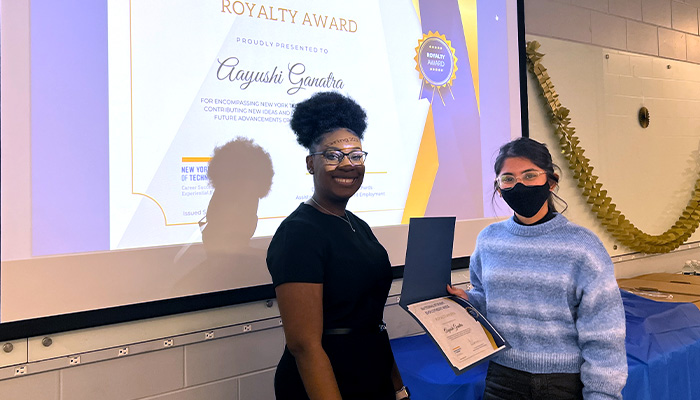 Graduate Assistant of the Year 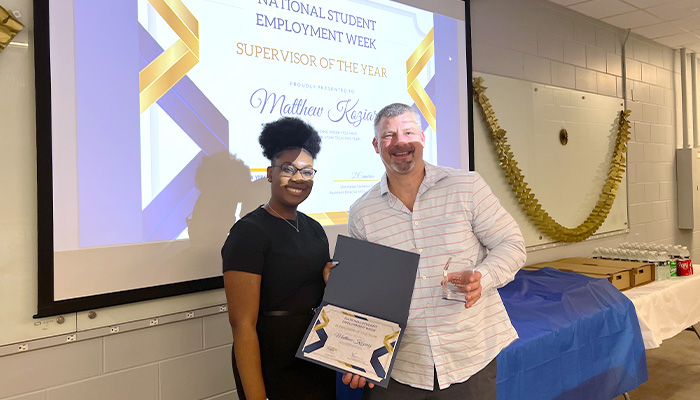 On the Long Island campus, Denniesia Cameron Richards presents Matthew Koziarz with the supervisor of the year award.

Supervisor of the Year

“Student employees keep our university operational. So many departments rely on our student talents to achieve departmental and institutional goals, and student supervisors serve as co-educators and mentors in the employment process,” said Amy Bravo, senior director of career success and experiential education. “We recognize, value and commend their contributions to New York Tech. Students and supervisors work hard all year, and we are delighted to provide them with the royal treatment they deserve.” 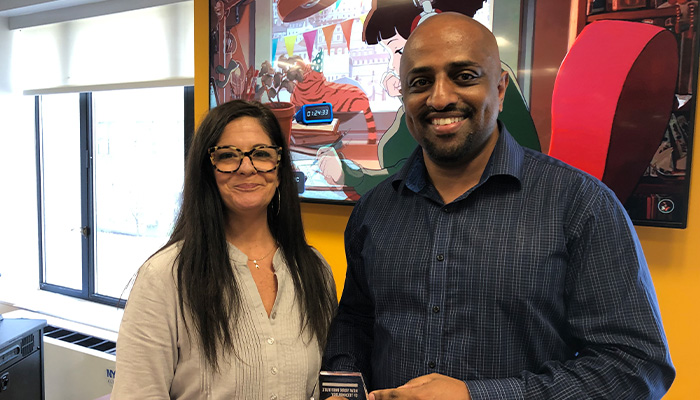 On the New York City campus, Amy Bravo was recognized with a Royalty award and Tadiyos Gebre was selected as a supervisor of the year.

Additionally, New York Tech supervisors honored their student employees within their departments by providing celebratory lunches, giving them tokens of appreciation, recognizing their contributions with LinkedIn recommendations, and by participating in Community Engagement Day.

This article was contributed by Denniesia Cameron Richards, assistant director for student employment.