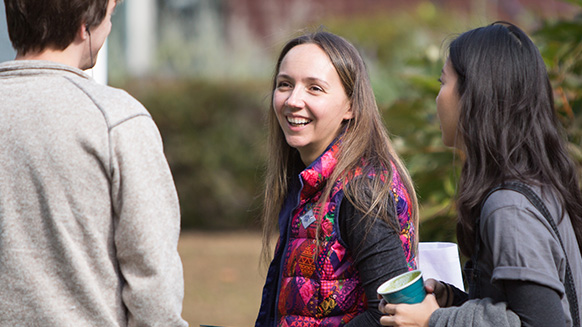 On July 19 and 21, new students got a first look at college life at New York Tech at New Student Orientation on the New York City and Long Island campuses. When Harminderjeet “Harminder” Kaur (B.S. ’22) first came to New York Tech, she was nervous. But she quickly found her place by getting involved in campus life and taking on leadership roles with various clubs and organizations. As a student at New York Tech, Devanshi Shah (M.Arch. ’22) says she gained the necessary skills to help her succeed as an architect. When architecture student Eleni Papaiacovou worked on creating a design for her Central Park Intervention class project, little did she know her renderings would be displayed on 27 kiosks throughout the Port Authority Bus Terminal in New York City. Xi (Ethan) Rao enjoys competitive programming and has participated in several contests. In May 2022, he entered Kick Start, Google’s coding competition, coming in second in Canada and 25th in the world.